HOLD A PIECE OF ISLEHAM HISTORY IN YOUR HAND 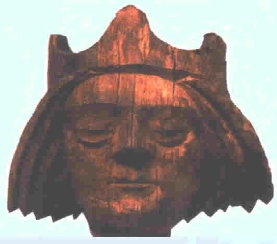 The Bernards and the Peytons built our Church. You are in the year of Our Lord 1495. Three hundred years of glorious Plantagenet rule came to a violent end just ten years ago when King Richard III went down fighting at Bosworth Field. The brutality of battles between the Red Rose of Lancaster and the White Rose of York are still fresh in people's minds. We have a new King - the Lancastrian Duke of Richmond is now King Henry VII and he has taken to wife Elizabeth of York, daughter of our late

The King's avowed intent is to restore peace and prosperity to our war torn land and to heal old wounds and rivalries. Today, in a climate of increasing prosperity, the succession seems secure for the King has two sons, Arthur and Henry. Little Prince Arthur was betrothed to Catherine of Aragon when he was but two years old and we look forward to rejoicing at their wedding in a couple of years. Our alliance with Spain has made the French think twice about their constant friendship with the Scots and the harassing of our northern border. If the King's offer of his daughter Margaret's hand to James IV of Scotland is accepted, then we should at las 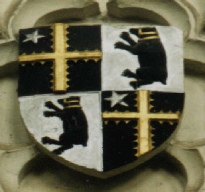 t have peace on our borders and across the Channel.

Now is a time for us all to give thanks to God. New architectural fashions are coming in - aisles are being built, churches enlarged, chantries and chapels endowed. Here in Isleham Crystofer Peyton has decided to raise the nave roof of our village church, which his Bernard predecessor had founded 160 years earlier.

Local craftsmen have been called in to build the lofty clerestory and carve the tie beams and hammerbeams of the wooden roof as a fitting memorial to his father and brothers and to Crystofer himself. The hammerbeams are to be enriched by sixty angel figures, some carrying the instruments of Our Lord's Passion. The shields of the Peyton family and their wives and mothers -Bernards, Lillings and Mallorys, Cleres, Hydes and Calthorpes

- decorate aisle and clerestory, all supported by little angel figures.

A.D 2001 As we enter the new Millennium many of the larger angels have disappeared, but today's worshippers are still one with angels and archangels and all the company of Heaven" - even if the Heavenly host is somewhat reduced in size ! One small angel head has long surmounted the Peyton and Lilling coat of arms, where tower and south clerestory meet, until damp and woodworm finally overcame the little carving and it fell to the ground. The craftsman who carved it cared not that, once in position forty feet above the floor of the nave, few, if any, would ever see his work close up again, yet eyebrows, nostrils and lips are accurately carved. The head was damaged when it fell but, skilfully restored and repaired by a local artist and woodcarver, a copy was commissioned and cast in resin. In Isleham, lovers of the church have bought copies, as have many descendants of the Peyton family in the United States, Australia and elsewhere.

YOU, TOO, CAN HAVE ONE OF THESE UNIQUE "ANGEL HEADS"

A few of the original casts remain - whether you have any connection with the Peyton family or even Isleham village it matters not.

A cast is available (while stocks last) for just £10

Contact Ian Powys (details at the end of the page), or go out through the lych gate, turn Left - take the FIRST LEFT down Church Lane.

Number FIVE is one of a group of three houses some fifty metres down the lane on the left hand side - the one with the double garage. Ring the bell and collect your "angel" straight away! If I am out when you call, phone me and you can order by post.

TO SEE MORE PICTURES OF ANGELS CLICK HERE THANK YOU 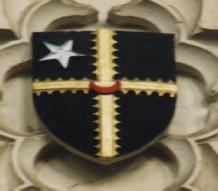